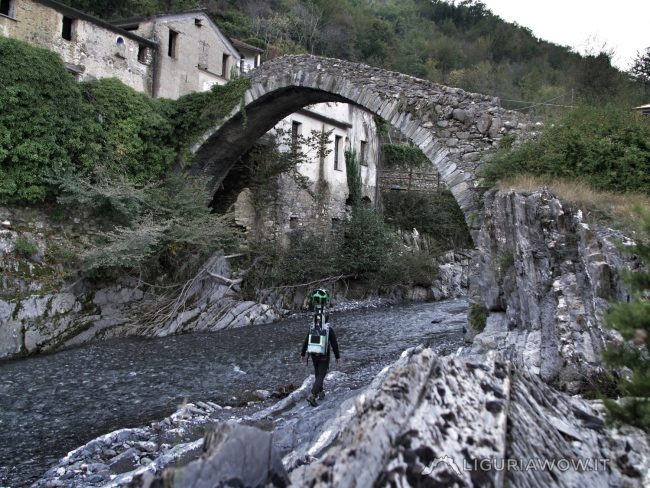 One of the oldest bridges in Western Liguria The Santa Filomena bridge connects the church of the same name with the Molino del Longo, a water mill probably built in the sixteenth century.The construction of the bridge was lost over time: it could be older than the 13th century town of Pieve di Teco and […] 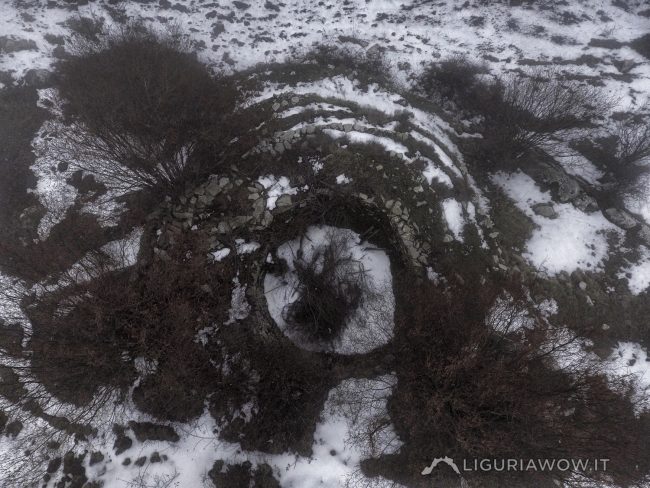 An unusual, huge snow pit Monte Guardiabella, the last mid-mountain meadow area where haymaking is still practiced, houses a uniquely shaped lneviera”: instead of being completely excavated in the ground, this is largely above ground, insulated by a series of concentric terraces of gradually increasing thickness approaching the base.This snow pit, whose construction has been […] 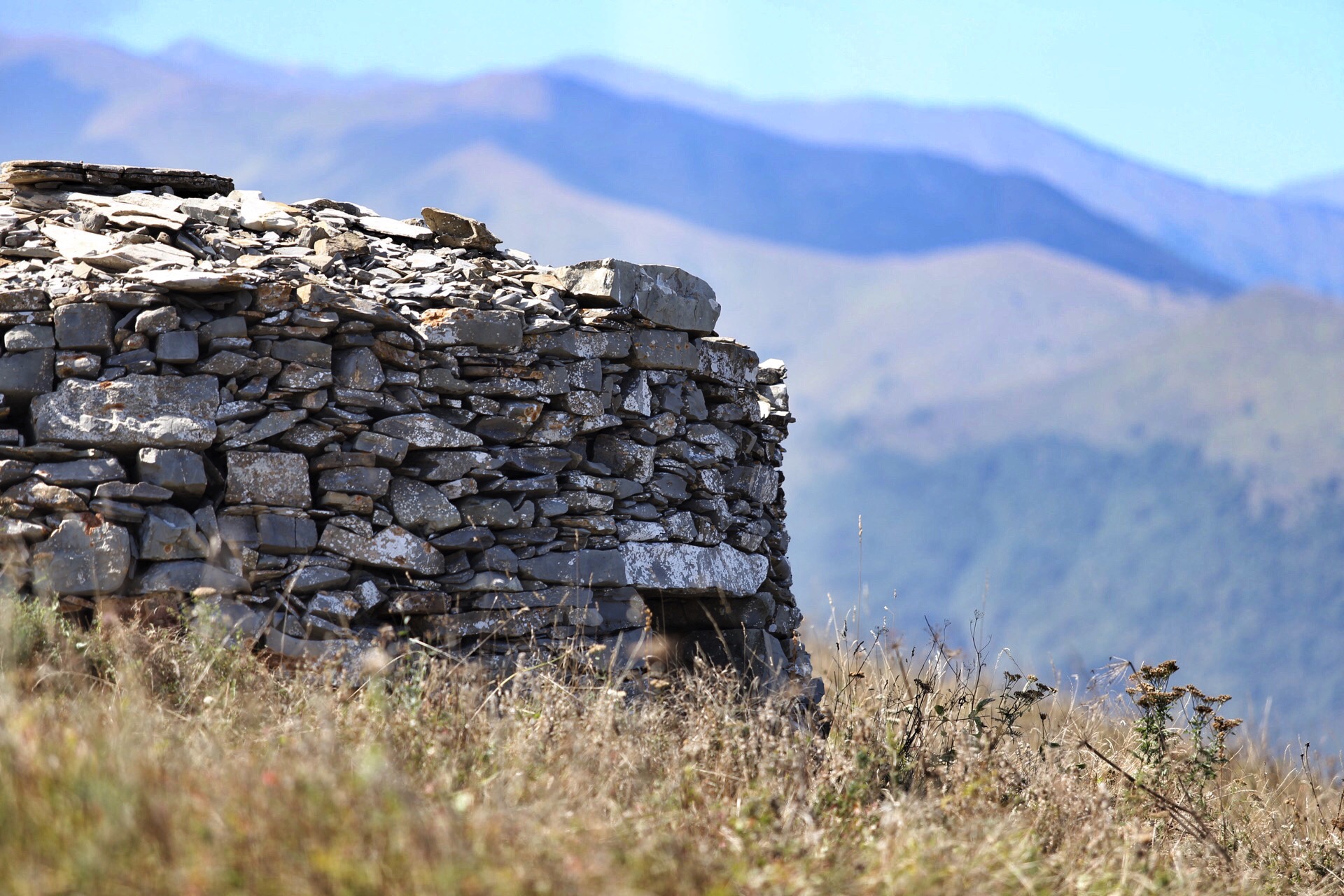 Monuments of rural life The “caselle” are very common in the meadows of the Guardiabella and Pizzo d’Evigno.These stone huts provided shelter to those who dedicated themselves to work in the fields. Testo a cura di Nicola Ferrarese, immagini di Nicola Ferrarese.

A small shelter with a great view A small “casella”, a safe shelter in case of rain or during the night in the haymaking season.The “caselle” are dry stone buildings typical of the Western Liguria. Testo a cura di Nicola Ferrarese, immagini di Corrado Agnese e Nicola Ferrarese. 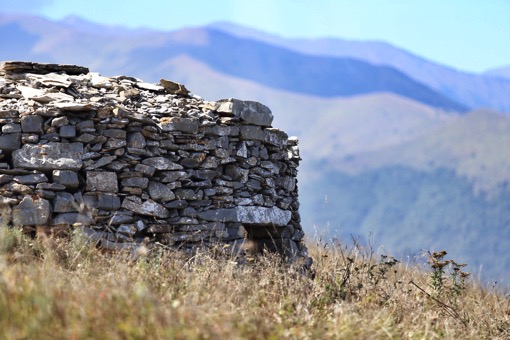 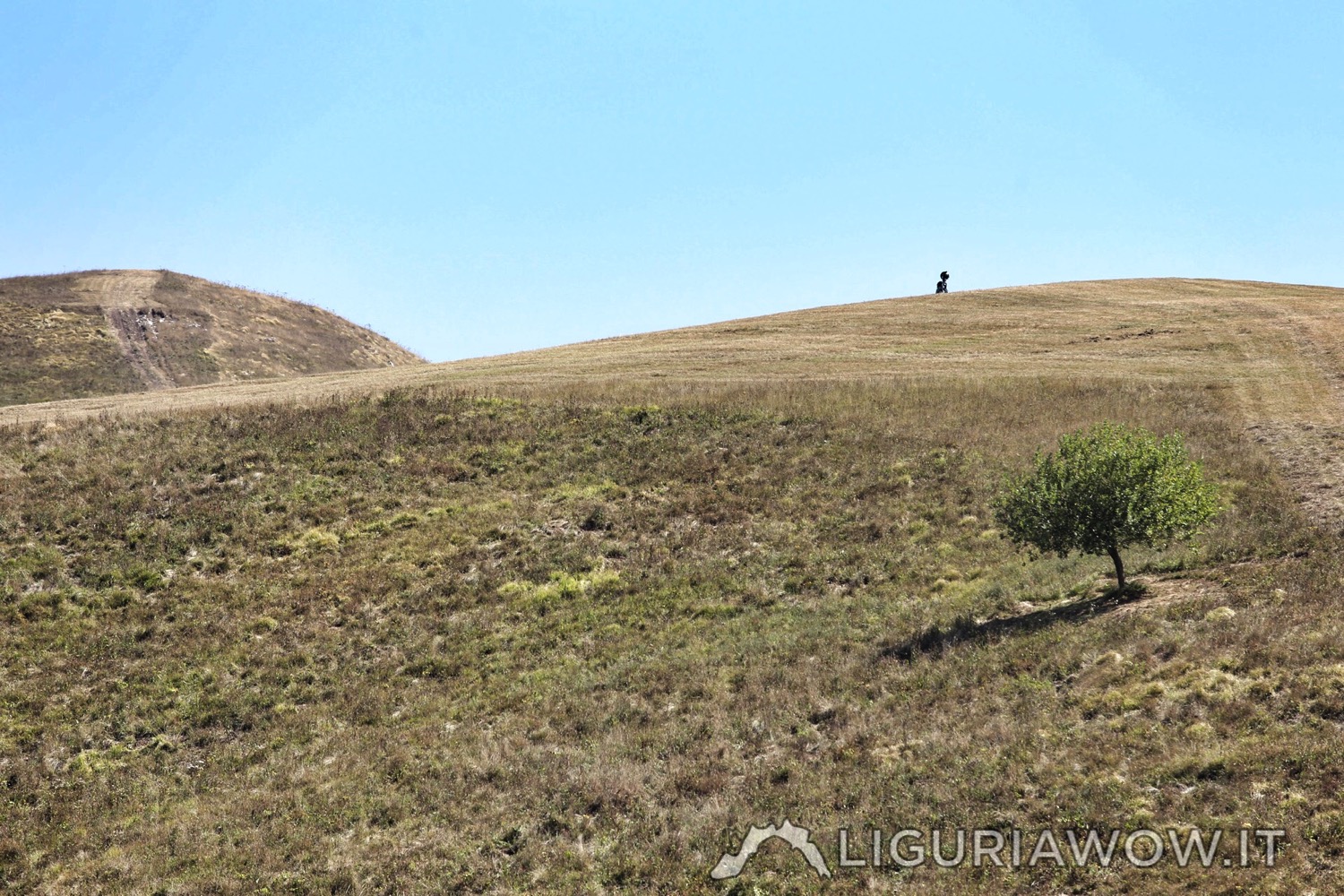 For hay transport to the villages Monte Guardiabella (1216 m) rises above the village of Aurigo and has been, with its pastures, the primary source of fodder for the Valle Impero from the Middle Ages until the middle of the last century, when the peasant economy was inextricably linked to the pack animals.To transport the bales of […] 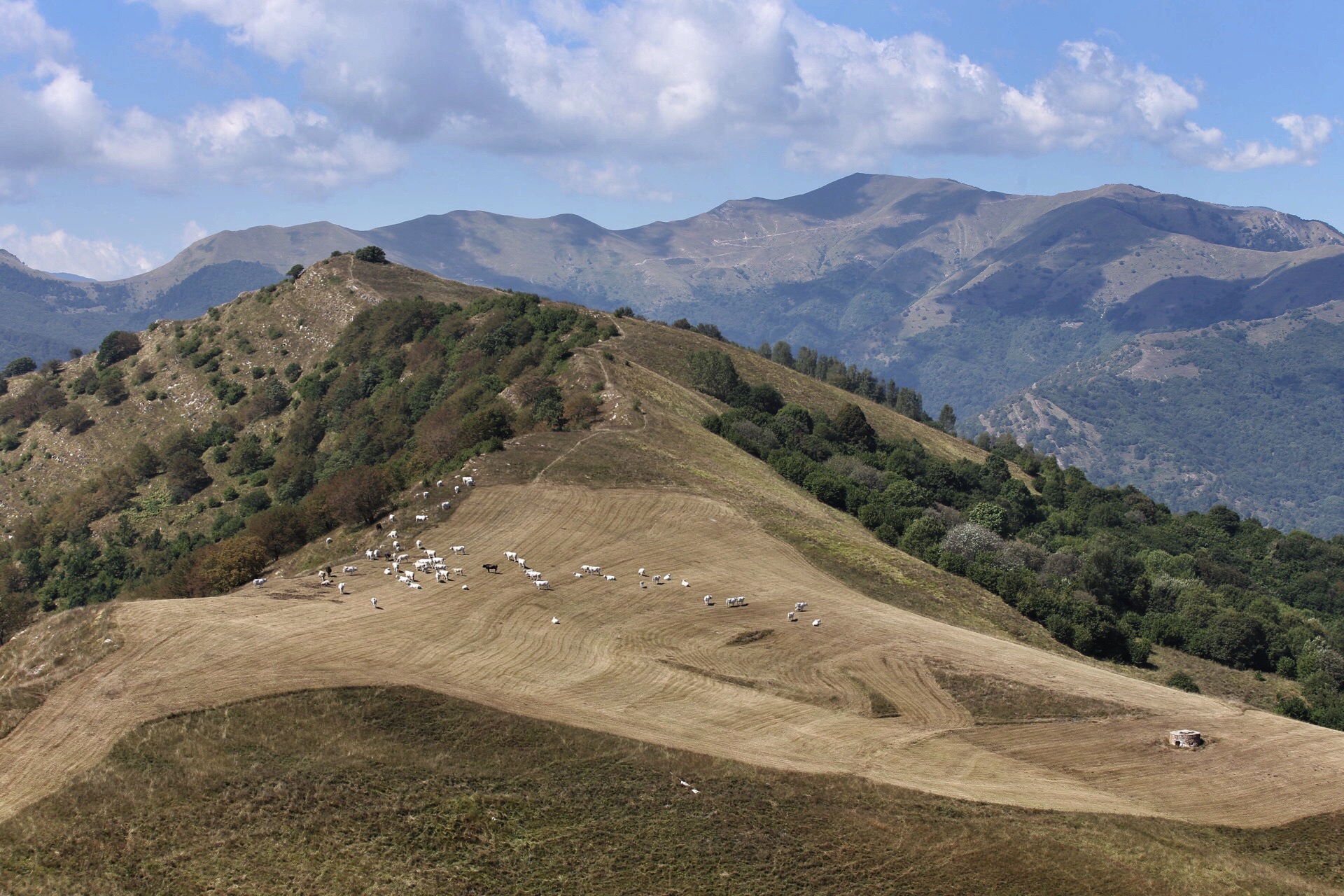 The barn of the Valle Impero Monte Guardiabella, 1216 m, rises above the village of Aurigo. The mountain has been, with its pastures, the primary source of fodder for the Valle Impero from the Middle Ages. To transport the bales of hay, called “bériùi”, downstream, several cableways were installed and remained active until the middle of the […]